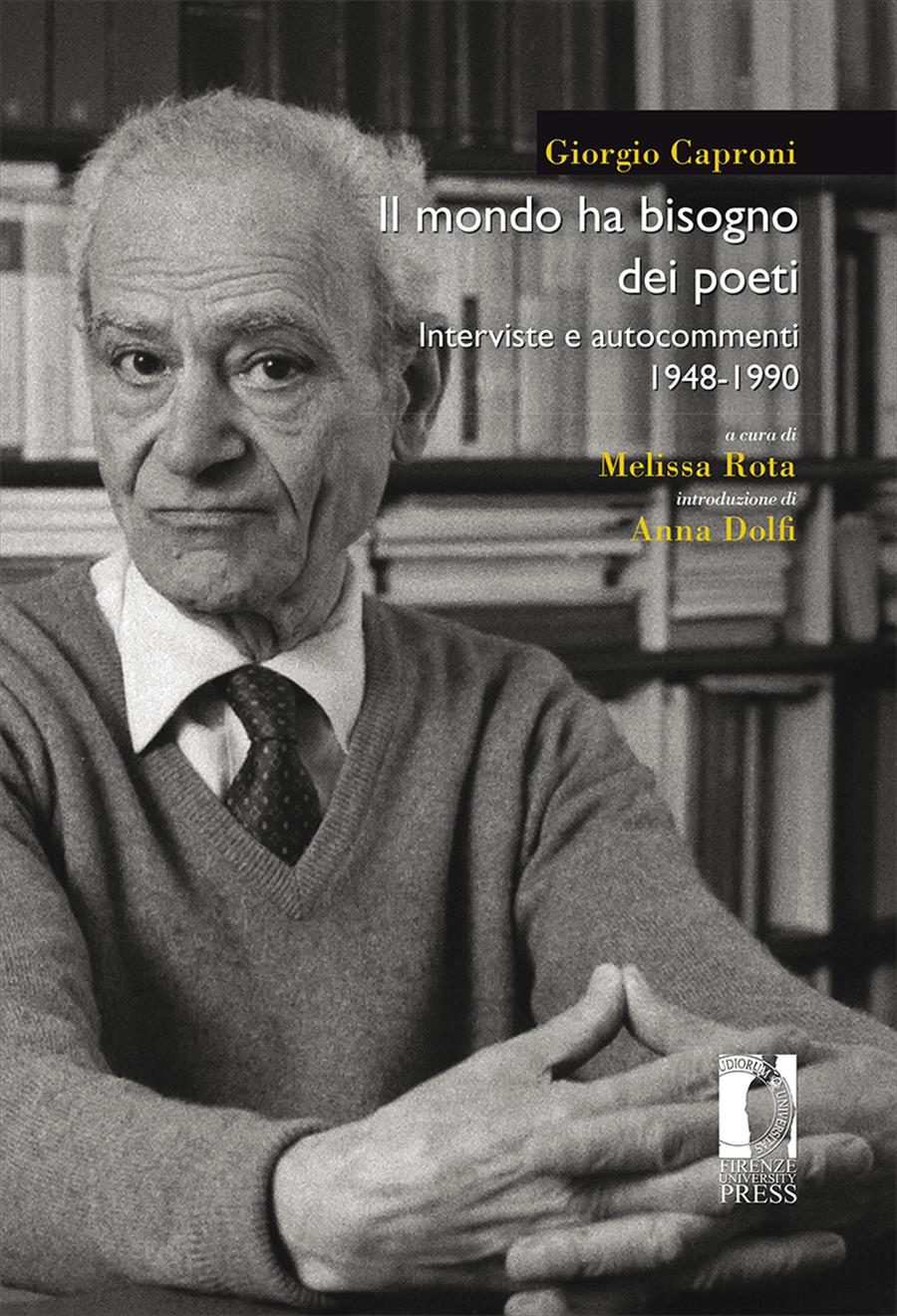 The interview: intriguing and seemingly easy, yet it can sometimes be stressful. In any case, that is what Caproni thought. He was also convinced that only in the relationship with the reader could poetry find "its real value" and its possibility of existence. For this reason, by bending gracefully and reluctantly to questions, over the years he accepted to guide his interlocutors in the mysterious and elusive world of art, where ideas and emotions are produced only with the "music of words". To help us grasp that impregnable music, in this poignant and ironic book, Caproni tells the reader about vital dwellings (Genoa, Livorno), larch figures, youthful passions, immediate wounds (Olga, the war), the need to write, to translate and to know, and about Proust’s introjection of the past on the "tissue paper of memory". Many are the pieces which have been rebuilt and assembled for the first time thanks to Melissa Rota’s precious and accurate research work. For over one hundred and forty times, the interviews return (as Anna Dolfi underlines in the beautiful introduction) beyond any rhetoric and magnification, le grain de la voix, le grain de la vie of a 'heretical' intellectual, who was free in his choices and in determining his own destiny. So much so that subtle melancholy guides us in following these pages for too long, forgetting the signs of a vocation, and the 'tremor' that, by a career, left the violinist's nervous flicks to the unmistakable look of the verses to come.

G. Caproni (1912-1990) is certainly among the greatest authors of the 20th century in Europe. Alongside his rich activity as writer, translator and essayist, it is poetry which brought his name to fame, so much so that all his poems have been translated in several languages, and collected in the "Meridiano" of his Opera in versi in Italy. A. Dolfi teaches Modern and Contemporary Italian Literature at the the University of Florence, and is a member of the Accademia Nazionale dei Lincei. She is among the major scholars of the Italian poet Giacomo Leopardi and of the fiction and poetry of the 20th century. She has published a book on Caproni, called “La cosa perduta e la malinconia” (Genoa, San Marco dei Giustiniani, 2014). M. Rota graduated in Modern and Contemporary Italian Literature at the University of Florence, and is part of a research group (under the guidance of Anna Dolfi) on the publication and cataloguing of contemporary texts.
More About the Authors Close