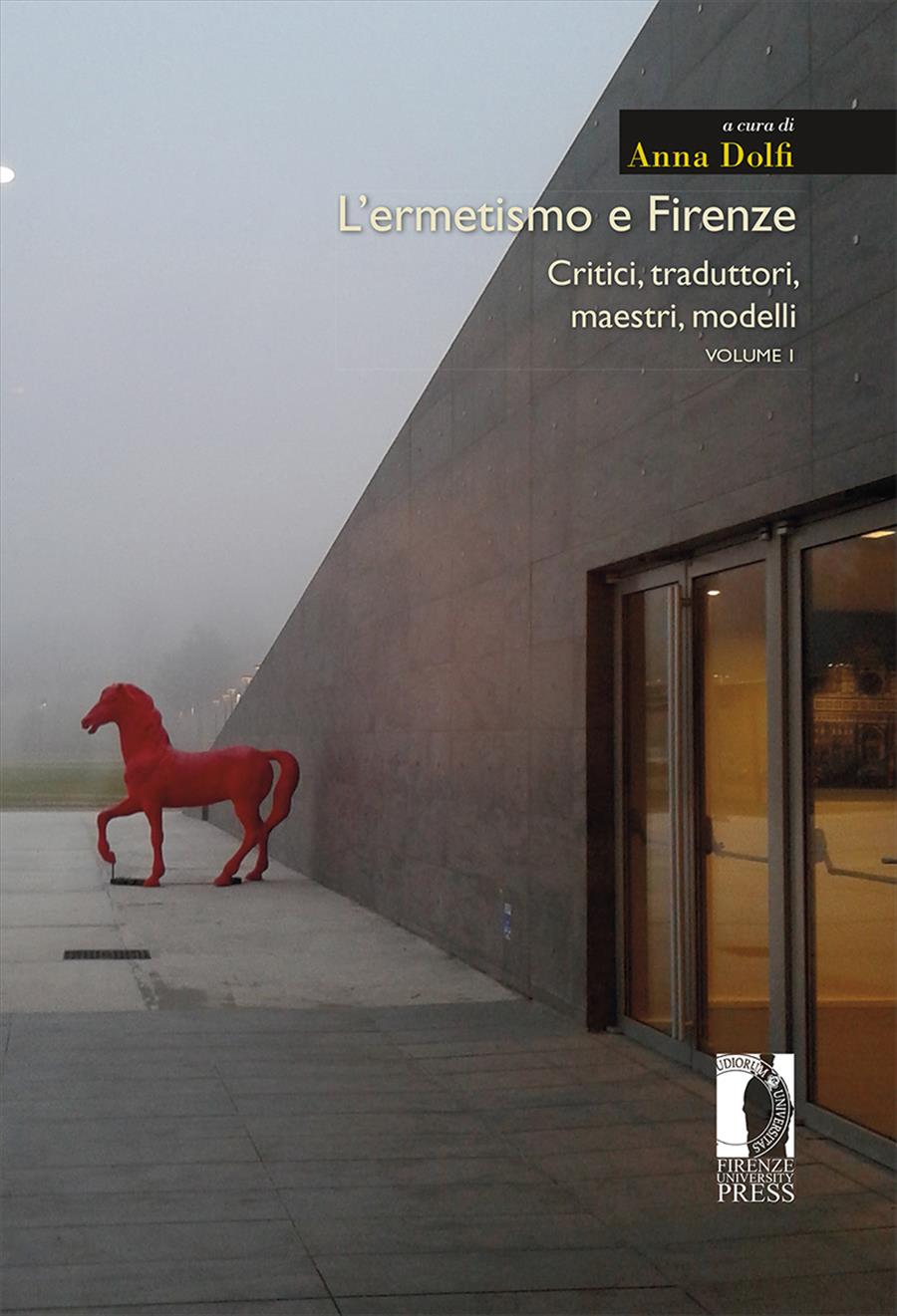 This is the first of the two volumes dedicated to Hermeticism and Florence published by Firenze University Press (the second one entitled Luzi, Bigongiari, Parronchi, Bodini, Sereni can be purchased separately). Between 1930 and 1945, a group of young people started one of the most vibrant literary seasons of the 20th century in Florence, known as Florentine Hermeticisms (or simply Hermeticism). Many of its members recognised themselves in a common narrative marked by a shared imagination, and in the silent dissent from the rhetoric of the regime, which was contrasted by the radicalism of the ethical request and by the deep bond with the Jewish-Christian, romantic and symbolist roots of the European civilisation. A hundred years after the birth of its protagonists, there is still much wondering on the nature and definition of Hermeticism, on how it was born, on what distinguished it, on what signs it suffered and left. Searching for how it changed, why it was surrounded by passion, prejudices and aversion (as done by the two essential volumes collecting the documents of a memorable conference in which Anna Dolfi involved scholars from all over the world), leads to draw a portrait of the Hermetic authors, its admirers and/or detractors, and to outline the boundaries and the characteristics of a complex chapter of Italian history which began with Fascism and recently ended with the fall of ideologies. Among masters, companions, followers, the figures of Bo, Macrí, Luzi, Bigongiari, Parronchi, Bodini and of the companion Sereni, stand out for the strength of a suggestive writing experience highly meditative, for all the critic, translation, narrative and poetry genres.

Anna Dolfi teaches Modern and Contemporary Italian literature at the the University of Florence and is a member of the Italian Lincean Academy. She is among the major scholars of the Italian poet Giacomo Leopardi and of fiction and poetry in the 20th century (Hermeticism and its authors has always been at the core of her work); she designed and edited comparative volumes dedicated to the "forms of subjectivity" on the themes of the journal intime, epistolary writing, melancholy and melancholy illness, neurosis and madness, otherness and double in modern literatures, and dedicated recent collections to writers' essays, philosophical reflection in fiction, the unfinished, the Proust myth, real and imaginary libraries and to the relationship between literature and photography.
More About the Authors Close