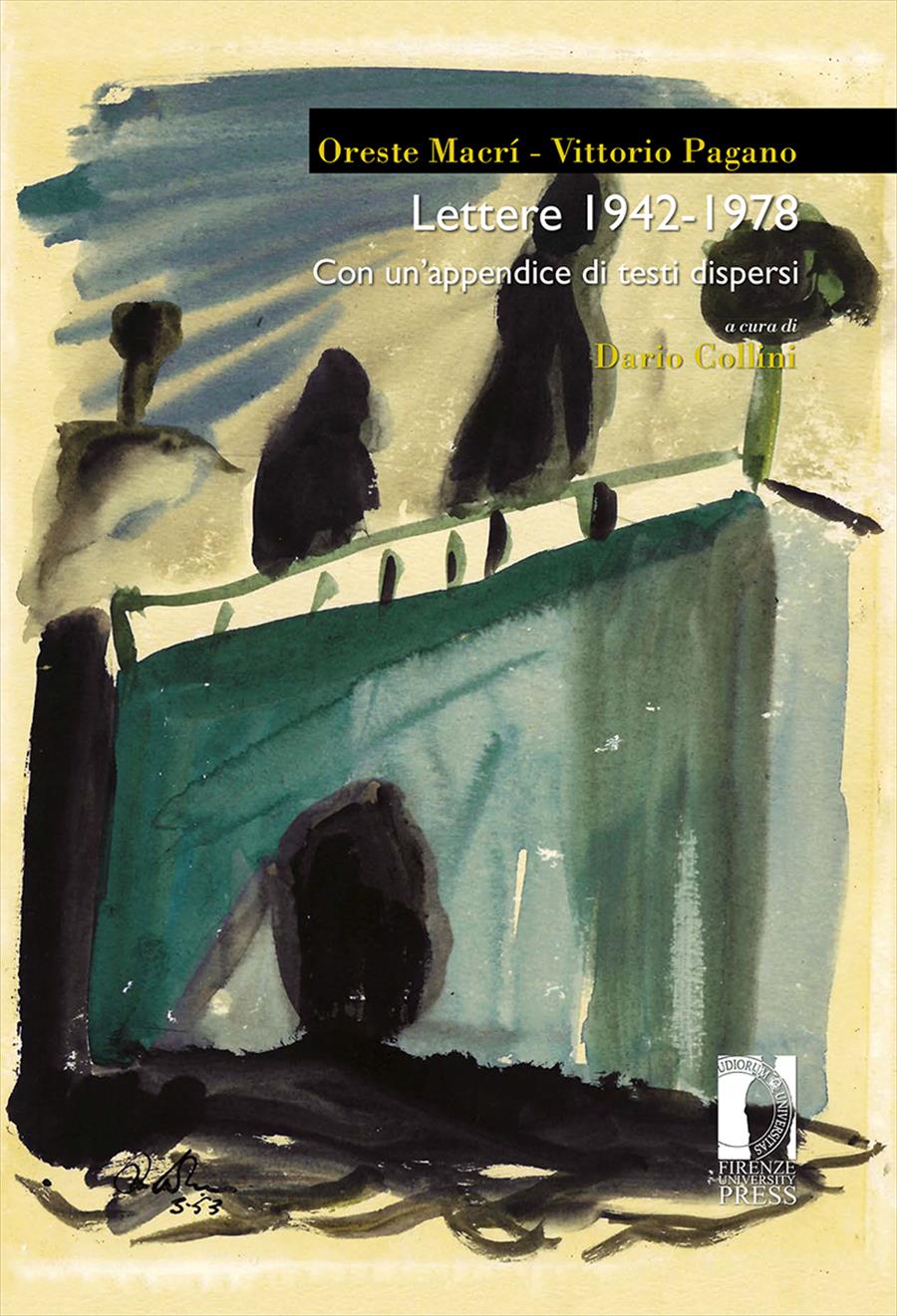 Against the background of the cities of Lecce, Parma and Florence (Macrì’s well-known “Dimore vitali”), between the 1940s and the 1970s, an almost forgotten author (poet, translator from French, writer) and his “teacher” stand out among the fiercest critics of the twentieth century. There are many stories intertwining in the 142 epistolary pieces collected in this volume, carefully transcribed and annotated by Dario Collini. Personal stories (particularly letters are entrusted with the unprecedented and intriguing portrait of a multifaceted, complex, elusive Pagan) and collective stories, such as those told by «Libera Voce» and «Critone», which count among the cultural initiatives that helped bring the peripheral reality of Salento closer to the major literary centres of the peninsula. Along a wide chronological span, the story of a deep friendship is also revealed, which did not claim to erase the distance between the two correspondents, but which would continue over time nevertheless, nourished by “gratitude”, “esteem” and “trust”.

Oreste Macrí (1913-1998) helped to give life to the Hermetic group of poets in Florence, during the years of a youthful poetic movement. He was among the most intelligent and acute scholars of contemporary Italian poetry and literature, a cultured Hispanist (he taught Spanish literature at the University of Florence, where he founded and directed the Hispanic Institute) and a French scholar and a comparatist at an European level. Vittorio Pagano (1919-1979), poet, writer, translator from French, was editor of the first series of the literary magazine «L’Albero» and was responsible for the literary section of «Libera Voce» and «Critone». Undisputed protagonist of the cultural life in the Italian city of Lecce, he had an important correspondence with Betocchi, Fallacara, Luzi, Bigongiari, Parronchi. Dario Collini, PhD student in Italian studies at the University of Pisa, has dedicated some essays to the literary relations between the cities of Lecce and Florence. He graduated in Modern and Contemporary Italian Literature at the University of Florence, and plays an active role in a research group directed by Anna Dolfi, for the edition, ordering and cataloguing of contemporary texts.
More About the Authors Close